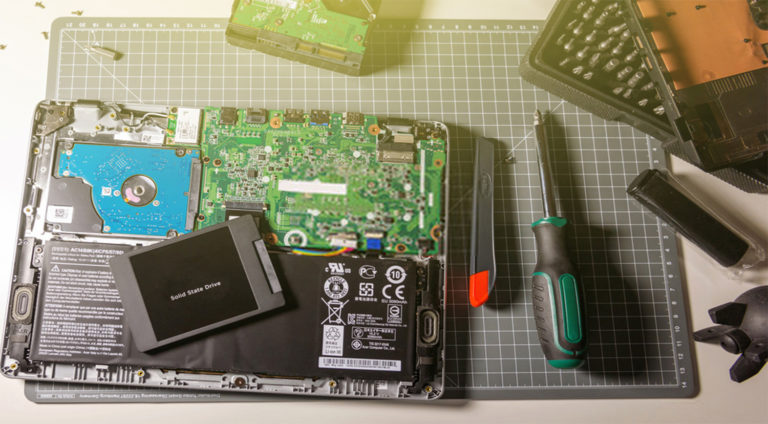 Computer users often get confused about storage systems. Both SSD and HDD are great in their own ways. Read more about SSD Vs HDD performance for a well-informed choice!

The debate between a hard disc drive (HDD) and a solid state drive (SSD) is an ongoing matter of interest to those who are about to pick up either of them or moving on to the one that is yet to be tested.

Price, performance, capacity, technological excellence, and availability are the typical measures to differentiate one particular computer hardware part from another. Both SSD and HDD can also be compared using these considerations.

However, SSD Vs HDD performance makes the strongest case of argument, and this specific area continues to be a great challenge for those with little or no idea about these two storage technologies.

In this article, we’ve discussed the basic operational method that these drives incorporate and the key factors that help you understand the ‘performance’ thing.

SSD is a new technology brought only to be available with a modern laptop or similar portable device. The most obvious feature that makes SSD look like an entirely different storage option from HDD is the absence of any moving components/parts. NAND (Negative-AND) Flash Memory is the core of an SSD which is why the more of NAND memory is available, the bigger storage capacity a drive comes with.

Continued research and efforts to bring in advancement have given the manufacturer the opportunity to make SSDs with increasing amounts of NAND chips. It means that SSDs don’t essentially get the shorter end of the stick while being compared to the storage capacity of HDDs.

SATA III ports are nowadays available with most SSDs. So, you can easily install one of them in lieu of an HDD. Many such drives come in the popular 2.5-inch format which is also a format of choice for hard drives.

SATA III is capable of transmitting 600MB/s at most, and it’s quite customary for HDDs. However, SDDs are designed to offer much faster speeds. So, an SSD that uses a SATA III connection may not always be the first thing you want because the SATA connection is the only responsible part to hold back the performance of your drive.

Should you stay satisfied with that throttled speed and stop looking for a way to make things better? Maybe, you’ll want to do otherwise after looking at the following suggestion.

How to Improve SSD Performance?

You can choose an SSD with a PCIe connection. The drive slots into the motherboard’s PCIe lane and delivers speeds much faster and more enjoyable. You know speed is the whole point of getting these drives. Some users have a motherboard smaller than the usual size while others may use their PCIe lanes for sound cards, graphics cards, or other devices. In such cases, SSDs are better off taking up the lane.

Did you hear something like M.2? It’s another connection for these drives. These particular connections are getting popular each day as many recent models of laptops with an SSD use an M.2 connection. The same is true for a lot of desktop PCs as the motherboards of modern computers include an M.2 port.

Smaller than most other makes, M.2 SSDs are the ones you can install easily without causing any inconvenience to other components. If you really have a thing for speed, NVMe or Non- Volatile Memory Express can be an excellent SSD technology that has been around for only a little while but become popular among those who appreciate incredible speeds for data transfer.

If you pick up a computer randomly or without giving it too many considerations, a hard disk drive is what you’re likely to find as the machine’s storage system that contains the operating system and all other installed applications or programs plus all your resources (files and folders).

An HDD uses a circular disc, otherwise known as a platter, to store all data. With the disc spinning, the read-write arm starts writing data to the disc or reading the data stored on it) as it passes. The rate at which the platter spins determines the speed of the hard drive’s functions. Technically, this speed impacts the response time of the operating system. In addition, it impacts the time required for an installed application to load and initialize.

Hard drives that are older or a little backdated include an IDE port which allows it to be connected to the computer’s motherboard. Modern HDDs come with a SATA connection. More contemporary version of SATA known as SATA III comes as a built-in part of the most modern motherboards. This latest hardware combination makes it possible for users to enjoy data transfers at an amazingly fast pace.

The fastest of hard drives available these days are designed to read or write data at slightly more than 200MB per second and with sub-8ms access times. Mentioned above, the speed of the platter rotation determines the performance of a hard drive in terms of data transfer. So, it makes sense why a 7200-rpm drive easily outperforms a drive with 5400 rpm.

This may seem adequate for many users, but still it’s only a fraction of what even the most affordable or humble of SSDs are built to deliver. So, you might feel less of your hard drive knowing that it’s never going to be as speedy as an SSD. But, there’s still one important consideration. What do you really expect from your hard drive: capacity or performance? If the latter is all you need, here’s a quick guide to show you a way out.

How to Improve HDD Performance?

Remember that you can’t essentially get your HDD to perform just like an SSD, but you can certainly get the most of it by following the tips below.

If you’re not very keen on getting peak performance on most occasion, you can look for bigger capacity, and this is what an HDD is always a more preferable pick to an SSD. Starting from a humble capacity of 40GB, modern hard drives come in an insanely big number like 12TB.

In the match-up between SSDs vs HDDs, speed is where we really begin to see a difference. Solid state drives have always been much faster than traditional hard drives, but with SSD technology advancing all the time, and the SATA III bottleneck removed, the difference is now starker than ever.

First, let’s look at HDD speeds. Because these drives using a spinning platter, the speed of the drive is largely dependent on the RPM (revolutions per minute) the drive is capable of – and the higher the RPM, the faster the drive can perform. Many budget hard drives have an RPM of 5,400 RPM, which is the slowest speed modern hard drives are capable of – you’re better off going for a drive that can achieve 7,200 RPM, which is what most modern HDDs will be rated at.

You can get higher-RPM drives, up to 10,000 RPM and even higher, but these are rarer and more expensive.

SSD and HDD speeds are measured in MB/s (megabytes per second) for both reads (how fast the drive can read data) and write (how fast data can be written to the drive).

There are other factors in play that determine HDD speeds, such as capacity, but in general a SATA III hard drive at 5,400 RPM will have speeds of around 100MB/s, while a 7,200 RPM will be 150MB/s.

Because SSDs don’t have any moving parts their speeds aren’t dependent on RPMs, but on the technology – and the data connection – of the drive.

A solid-state drive with a SATA III connection should achieve around 550MB/s read and 520MB/s write speeds, though some will be faster – but will max out at 600MB/s.

So, even with a SATA III connection, which limits the speed of SSDs, you’re getting around four times the speed of traditional hard drives. However, if you use one of the better-optimized connections for SSDs, the speed difference really opens up.

Average speeds for PCIe/M.2 SSDs range from around 1.2GB/s up to around 1.4GB/s – and if you’ve got the budget there are even some that can reach 2.2GB/s.

So, you’re looking at around 10 times the speed if you go for one of these SSDs. When it comes to speed and performance, SSDs are definitely the way to go.

When you’re choosing between an SSD and HDD, the first big difference you’ll notice at first is the price. SSDs are typically more expensive per gigabyte than traditional hard drives.

If you want the most capacity for the least amount of money, HDDs are the way to go. Manufacturing processes for traditional HDDs mean they’re now relatively cheap to produce, which makes them more affordable.

You can get some large HDDs for very low prices, but if you’re keeping important data on the drives, it’s best to check out user reviews and reports about their reliability.

We’ve also got a guide on the best cheap hard drive deals, which can help you to bag a bargain.

SSD Vs HDD: Other Factors

There are other things you should consider when thinking about whether to buy an SSD or HDD. For example, because SSDs don’t have any moving parts they’re more robust, which makes them a better choice for laptops and other mobile devices.

An SSD can also use less power than a HDD, which means laptops may benefit from longer battery lives when using an SSD – although this will depend on the kind of SSD you use, and what you use it for.

So is an SSD or a HDD best for you? While SSDs are faster, more robust and more power-efficient, HDDs are more affordable – especially when it comes to larger capacities.

You may already have figured out the reality of the debate surrounding SSD Vs HDD performance. You may still wonder when to choose an HDD and when an SSD. If you can look beyond the fact that speed is the only way to measure performance, hard disk drives won’t lose their appeal. On the contrary, solid-state drivers may look more fascinating when the task of data transfer is expected to be real fast.